For decades, nearly one thousand acres of Toronto’s Port Lands have been underutilized, and their potential unfulfilled. But that’s all about to change. The City of Toronto and Waterfront Toronto are undertaking a massive planning effort to re-imagine the future of the Port Lands along Toronto’s eastern waterfront.

They have proposed Villiers Island, a new vibrant community that will connect the Port Lands to East Bayfront and the urban downtown core, and set a new global standard for urban living.

An exciting part of the planned changes for the waterfront is the bold vision to redevelop the actual city landscape into a more environmentally-responsible and responsive neighbourhood. These changes will include vital infrastructure work to flood protect the land, reshaping of the Portlands with the start of naturalizing the mouth of the Don River and cleaning up the water.

Mayor Tory and the City of Toronto recently announced plans for the completion of the Martin Goodman Trail, which will connect the western beaches to the eastern beaches. Planned to begin construction this summer, the trail marks another piece of Toronto’s aspiring Waterfront vision that has fallen into place.

“The Martin Goodman Trail connects people to vibrant neighbourhoods and parks along our city’s waterfront. This construction will complete the trail giving pedestrians and cyclists a safe option to access our waterfront,” said Mayor Tory.

The completion of this trail is an important milestone for the redevelopment of Toronto’s eastern waterfront, offering new opportunities -for Torontonians and tourists alike- to explore new neighbourhoods east of the core, beyond the already popular neighbourhoods and attractions like the famous St. Lawrence Market, the historic Distillery District, and the soft white sand and pink umbrellas of Sugar Beach.

Alphabet’s Sidewalk Labs – a division of Google – has partnered with Waterfront Toronto to create Sidewalk Toronto. Just steps from Sugar Beach within the Quayside community, their goal is to create one of the world’s first “smart neighbourhoods” utilizing innovative technologies to understand the way people use their environment and then improve it. It is an ambitious and forward-thinking project that has garnered world-wide attention. 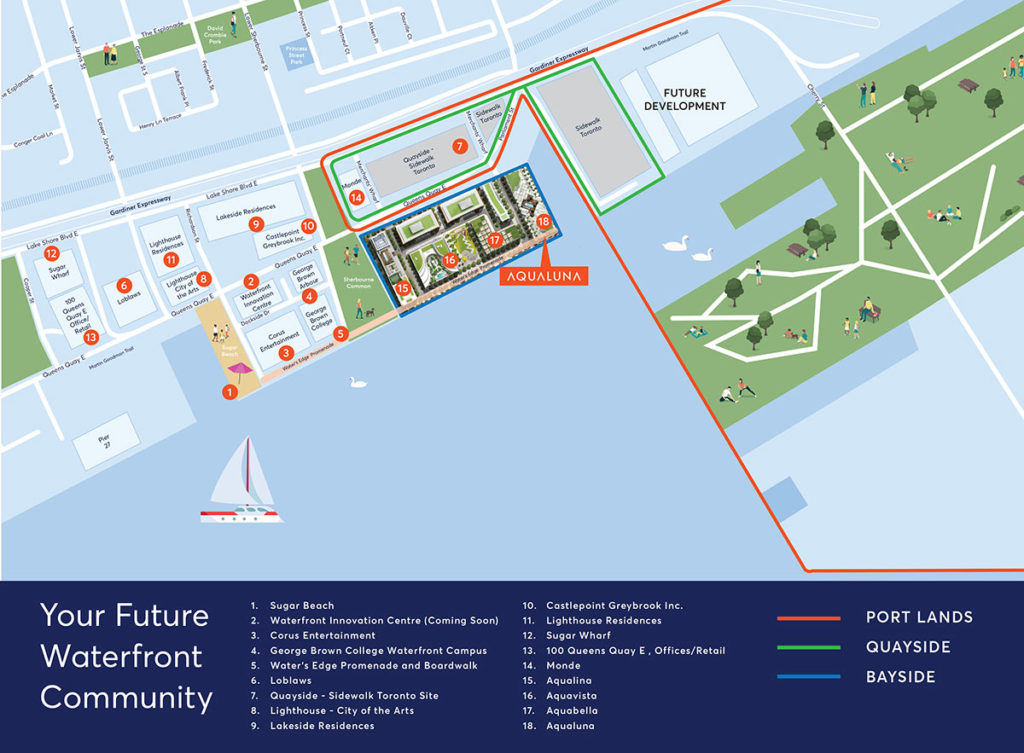 The transformative vision for Toronto’s future waterfront also includes an innovative approach to infrastructure, including a commitment to build Canada’s first open-access, ultra-high-speed broadband community network.  Essentially, this means that a significant portion of the new community will be equipped with state-of-the-art fibre-optic technology that will provide super fast, unlimited internet access to both residents and area businesses. 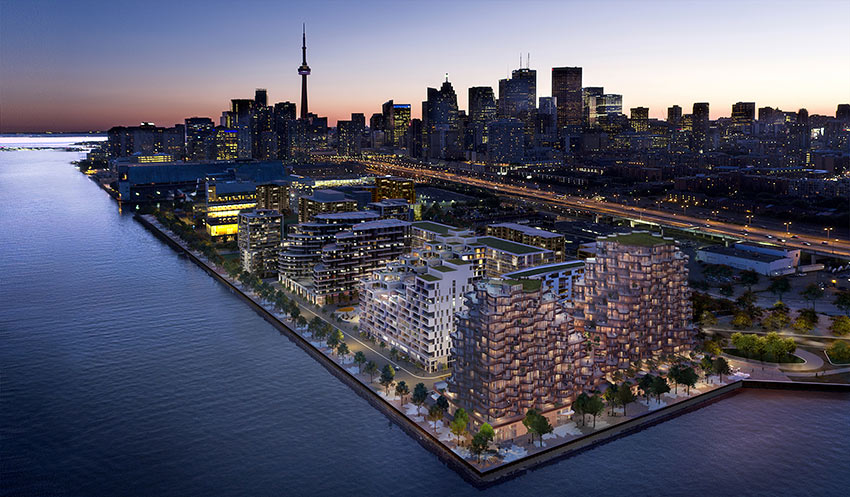 Just south of Quayside in the heart of the East Bayfront neighbourhood, the successful Bayside Toronto community by Hines and Tridel is already welcoming visitors to the waterfront Promenade, for stunning views of the city and the lake.

Aqualuna at Bayside is the fourth and final chance to live in this award-winning community and will complete the exciting lakefront vision for Bayside Toronto. Occupancy is expected in 2023.

4 Ways You Can Celebrate the Holiday Season this Year

Next Gen: The Evolution of Luxury.

Bloor Promenade Topped Off at 44 Storeys.

* Prices, specifications, sizes, floorplan, keyplate & occupancy are subject to change without notice. Maintenance & taxes are estimations only and are finalized on condominium registration. All dimensions are approximate and subject to normal construction variances. Dimensions may exceed the useable floor area. Actual usable floor space may vary from the stated floor area. Furniture is displayed for illustration purposes only and does not necessarily reflect the electrical plan for the suite. Suites are sold unfurnished. Balcony and Façade Variations may apply, contact a sales representative for further details. Furniture, BBQs and planter locations on terraces are for illustration purposes only and subject to change. E.&O.E. January 2022.